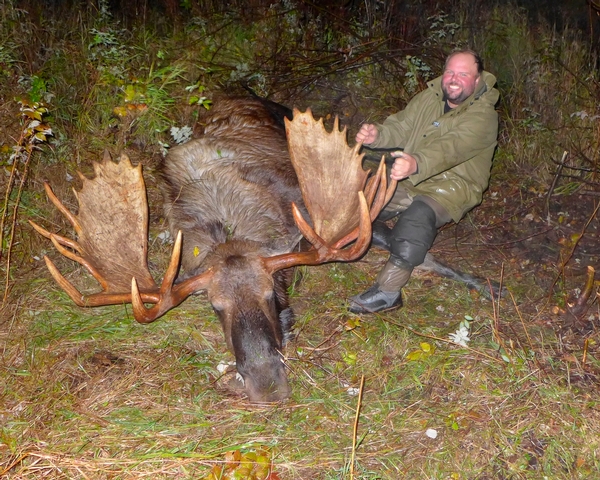 In 2016 our hunter success was over 80% again. We harvested 41 bulls which was our best year ever despite the extreme wet weather and high water. Hunting was tough the end of the season which is normally our best time. This shows how the population is on the increase, even with tough hunting conditions we managed to have our best year. We had 9 groups that were 100% and one of those groups was a party of 4. That is a huge undertaking for for 4 hunters to harvest, butcher and pack out 4 moose. All our floats were 100% except one and we also did very well on our boat motor hunts. Like most years we had groups that only wanted one moose but saw other legal bulls and opted not to take a second moose. We also had repeat hunters that were holding out for that once in a lifetime bull and passed up bulls. With the moose population on the rise, we should have great hunting for years to come.